Back when I was writing Meddling Kids I made one of these image collections with some of the raw ingredients/visuals/influences I'd tossed into the pot. Now I've been working on a new project for a few weeks, I thought I might do it again, just to tease the dozen people who look into these things. Hello there, I do enjoy the attention.

Side note: I miss Tumblr.
Posted by Edgar Cantero / 12:49 PM
Email ThisBlogThis!Share to TwitterShare to FacebookShare to Pinterest

"I hope my editor likes the new manuscript; it's such a big departure from my previous work."

(Old tweet, but feels fresh anew.)
Posted by Edgar Cantero / 1:54 AM
Email ThisBlogThis!Share to TwitterShare to FacebookShare to Pinterest

I recently translated to English some of the weekly content I write for El Jueves magazine so you guys can see my more political, compromised side. 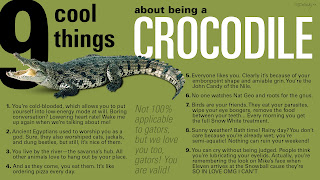 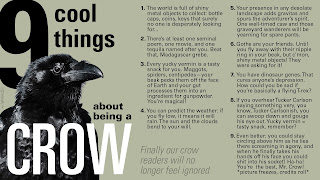 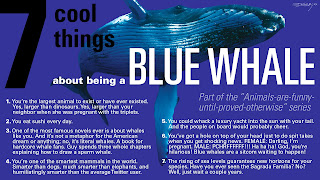 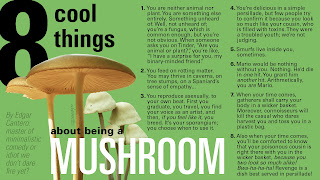 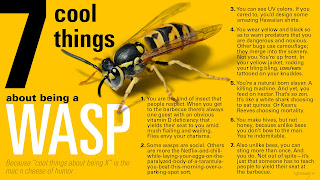 Posted by Edgar Cantero / 2:15 PM
Email ThisBlogThis!Share to TwitterShare to FacebookShare to Pinterest

I'm an admirer of Jorge Luis Borges, whose longest work is a little over 5,000 words. One lesson I learned from him is that a book idea does not always need an execution: it's more efficient to pretend the book has already been written, and provide a commentary on it. That is what he did in stories such as "An Examination of the Work of Herbert Quain" (1941) or "The Approach to Al-Mu'tasim" (1935).

Today is the twelfth anniversary of my debut novel, Dormir amb Winona Ryder. I have mixed feelings about the occasion: on one hand, I owe a lot to that book; on the other, it's trash. Definitely not worth reading. However, like Borges's unwritten novels, it might be worth a commentary. So, if only for my curious anglophone readers, allow me to tell you about my first book on the condition that you don't give it any more attention.

I started DaWR in February 2006. I was 24. I had been churning out short stories and sending them to contests for some years; August 2005 was the first time I won one for a piece I liked. At the start of '06 I had quit a job that made me miserable. The plan was to take a two-month break to write and draw before getting a new job. DaWR stretched that break into a whole year.

I wasn't only busy with the novel; I was also writing more stories to keep me afloat. Looking back, I'm astounded at how much material I produced that year. And it made me money too. Even paid for my first trip abroad, to NYC. I was on fire. In seven months I finished DaWR just in time for the deadline of the most important award in Catalonia, I sent it in, and sat back to wait for the check.

I am not trying to write a cautionary tale here; I don't care if you make the same mistakes I did. I'm only trying to tell you good things I remember from that time: I was having fun, I had high morale, I was discovering what I wanted to do with my life. And yeah, I was stupid too, but let's not fool ourselves: I'm pretty stupid now.

I was focusing a lot on Winona Ryder too, and that felt good. A big part of why I don't wipe the book from my memory altogether is because, you know, it was terrible, and pretentious, and embarrassing, but it gave me an excuse to blabber about Winona Ryder, and that made me happy. It's not something to wave off, the chance to spend quality time obsessing with a celebrity crush. I will never dismiss the good effect she had on me, on my mental health; how much her movies comforted me on bad days. How much she's helped, from 6,000 km. away. At the time, I had strong feelings for a girl I was slowly falling apart with. Toward the end of our acquaintance, she read the manuscript, and said, "You show emotions for Winona that I didn't believe you capable of."


Dormir amb Winona Ryder took its title from a blog I used to run, a dream journal. It also borrowed several oneiric sequences from the blog. Dreams are a resource I continue to use; I love beautiful randomness that masquerades as meaningful.

The novel was based on Borges's story "The Approach to Al-Mu'tasim". If you've read it, what I did essentially was to write that fictional book, replacing Al-Mu'tasim with Winona Ryder. Borges gave a few guidelines that I adhered to: the novel needed to have 21 chapters, and it would end with the narrator arriving at Al-Mu'tasim's doorstep.

Several friends of mine appeared in it. Some told me they'd liked it a lot. I appreciate that.

In June 2007, DaWR won a contest (the third I sent it to) and was acquired by a major publisher. This and the short stories got me back on my feet. If 2006 was the year I worked most, 2007 was the year I reaped the profits. I also found a great job, which I still keep.

I was very unhappy with the edition when the book came out in November. There were so many blunders, so many stylistic choices that proofreaders had changed without my consent, I emailed the editor begging to reprint. He appeased me by saying it would all be fixed in the second edition. Obviously, there never was a second edition. The book was so wrong to my eyes, I avoided opening it. This experience hardwired into me the idea that publishers are people to be wary of, not to trust. It wasn't until I started working with Doubleday that I eased up on that notion.

Reviews were lukewarm. Critics tagged me as "a young promise", an epithet I came to hate (I had already written a book; I had not made any promises). Sales tanked. Then in February the book won a second, bigger award for best novel published in '07. Sales continued to tank, but I was invited to TV shows, big parties, highbrow literary venues where I stuck out like a sore toe...and I didn't even like the book I was promoting. All in all, I had a weird debut. Nothing went as I planned. I got cash, newsclips, concert tickets (I'm still very thankful for those), and the book didn't sell a thousand copies.


I had already shelved away DaWR long before the celebrations ended. I think I abandoned my last copy in a park in Guinardó (I liked the hills in Barcelona now, not the seaside). Sometimes I remember a passage and cringe. I always make sure to point out it's the book I'm over with, though—not the subject. And if nothing else, the ordeal fueled my second novel, of which I'm slightly less ashamed.

It's funny how, out of the two main themes in "The Approach to Al-Mu'tasim", the one about books that are better reviewed than written has always stuck with me, whereas I keep losing sight of the other one, which was something in the lines of, "it's the journey, not the destination." It is implied in Borges's story that the man who is searching for Al-Mu'tasim becomes Al-Mu'tasim in the process. I did not become Winona Ryder (though I became "the Winona guy" in the Catalan scene; that epithet I like), but the process of writing DaWR, and publishing it, and hating it, did get me closer to my idols somehow: it demystified them for me; it helped me see that their art, even well-paid art, even multi-awarded art, may be botched in their eyes. And yes, I'm the kind of fanboy to listen to Sinéad O'Connor's first album or play Cuphead or watch Bo Burnham's What and scream, "How is this possible—this is a perfect work on the first try!" but I bet the artists behind those things see how short of perfection they fall all the time. Winona said decades ago (Life, Dec. 1994) that she hadn't been proud of her acting until her twelfth film. Matter of fact, another thing I learned from my debut is that interviews rarely convey what you meant to say, so I'll take that statement with a grain of salt, but what I mean is, I understand it. My first book was trash, but writing it put me in the position to write less trashy books now. And the books will never be perfect, I guess, but that's how it works: at some point, I have to stop trying to improve a manuscript, and hope it will improve me. So be it. God knows I could use the improvement.
Posted by Edgar Cantero / 1:28 AM
Email ThisBlogThis!Share to TwitterShare to FacebookShare to Pinterest
Older Posts Home
Subscribe to: Posts (Atom)

There's a Giant Trapdoor Spider Under Your Bed


This Body's Not Big Enough for Both of Us